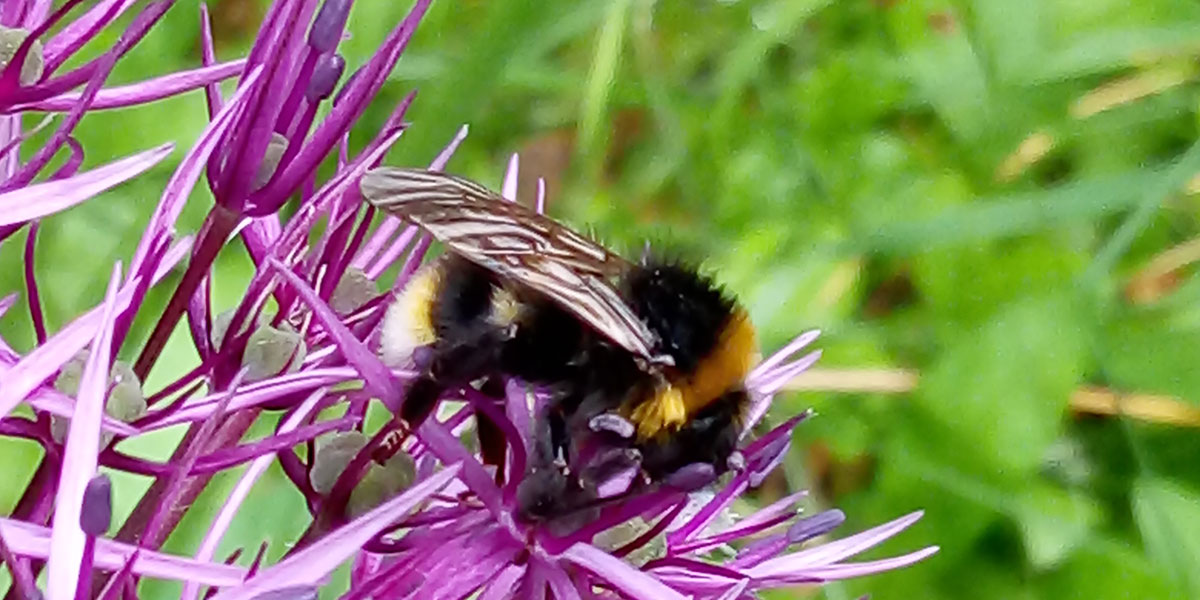 Rowena Jecock reports on the survey carried out in 2019.

This is the second full year in which Knoll’s bumblebee population has been surveyed on a more-or-less weekly basis throughout the period when bees are flying (March to October).

Data are submitted to the national Beewatch survey via the Bumblebee Conservation Trust, and this will be completed in due course.

My initial review of Knoll’s data indicates a reduction in the overall numbers of bumblebees observed in the garden this year, compared to 2018. The reasons for this cannot be identified with certainty: it could simply be natural variation in numbers from year to year, or it might be that 2018 numbers at Knoll were unusually high because the very hot dry Summer forced bees to congregate in a relatively small number of gardens such as Knoll, where forage remained readily available because flowering plants were kept well-watered. It could also be that the very cold weather in March 2019 and the frequent periods of heavy rain during Summer/Autumn 2019 damaged nests and/or hindered bees’ ability to forage sufficiently to feed their colonies.

Longer-term data over several years will help to provide a clearer picture of bumblebee trends in the garden.

Knoll’s bee hotel attracted large numbers of solitary bees for the first time this year. Visitors to the garden during April and early May saw many tens of bees flying outside the hotel on a daily basis as males gathered to mate with emerging adult females. We hope the bee hotel will be similarly well-used next year.