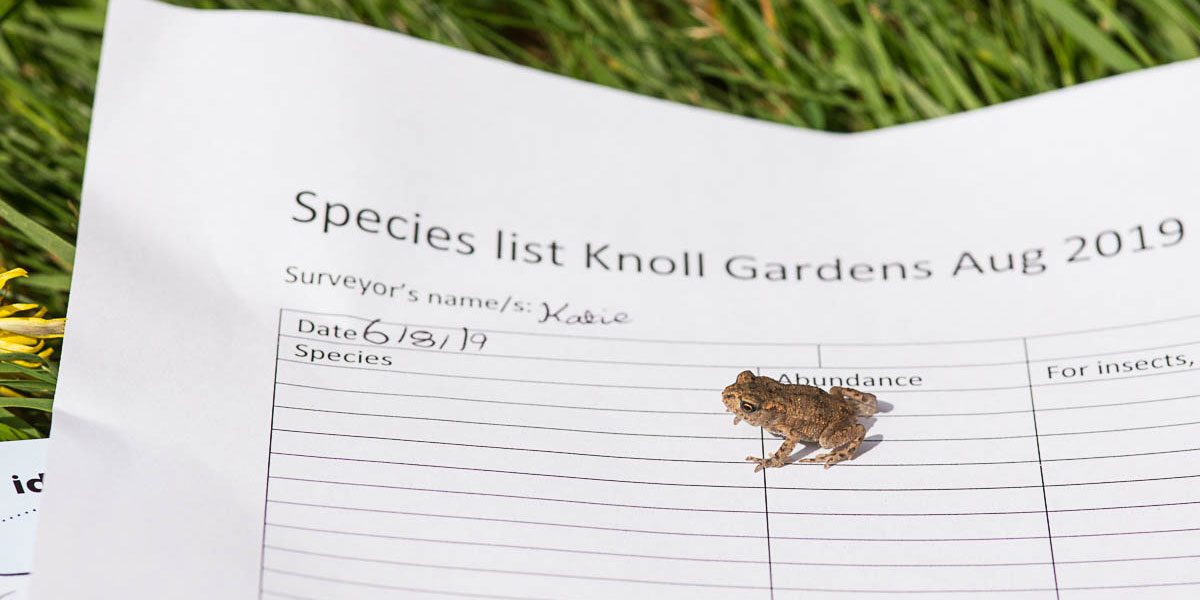 Now in its fifth year, the survey provides a yearly snapshot of life in the garden, with experts and volunteers coming together to create an ongoing record of its resident and visiting creatures, and an annual health check on their numbers. This year 120 species were recorded over a 24-hour period, 20 more than in 2018, mainly due to an increase in the number of moths.

Alongside a huge range of insects, other recordings included six species of bat, a juvenile grass snake, and badgers and foxes captured on a newly installed trail cam.

The survey is a key part of the work of the Knoll Gardens Foundation, the garden-based charity set up to understand the ecology of the garden and encourage others to adopt techniques that benefit the gardener and garden wildlife.

“We are working to understand more about the relationship between the garden’s wildlife and its plants,” said Knoll Gardens Foundation Chairman Peter Gear, “And this year, thanks to increased support from the Dorset Wildlife Trust, we have begun to build more of a picture of that interrelationship here at Knoll, recording not just the creatures in the garden but the plants they are found on. The information we record will help inform our ongoing planting.

“This year we were lucky enough to enjoy a gloriously sunny day which provided perfect foraging for bees. Whilst honey bees were most abundant, it was interesting to note a profusion of buff tailed bumblebees (Bombus terrestris) feasting on Sanguisorba Lilac Squirrel, whilst the white tailed bumble bee (Bombus lucorum) favoured Echinops, Astilbe and Veronicastrum. Each year we learn something new about the garden, it really is a fascinating day and I am already wondering what next year’s survey might reveal.”