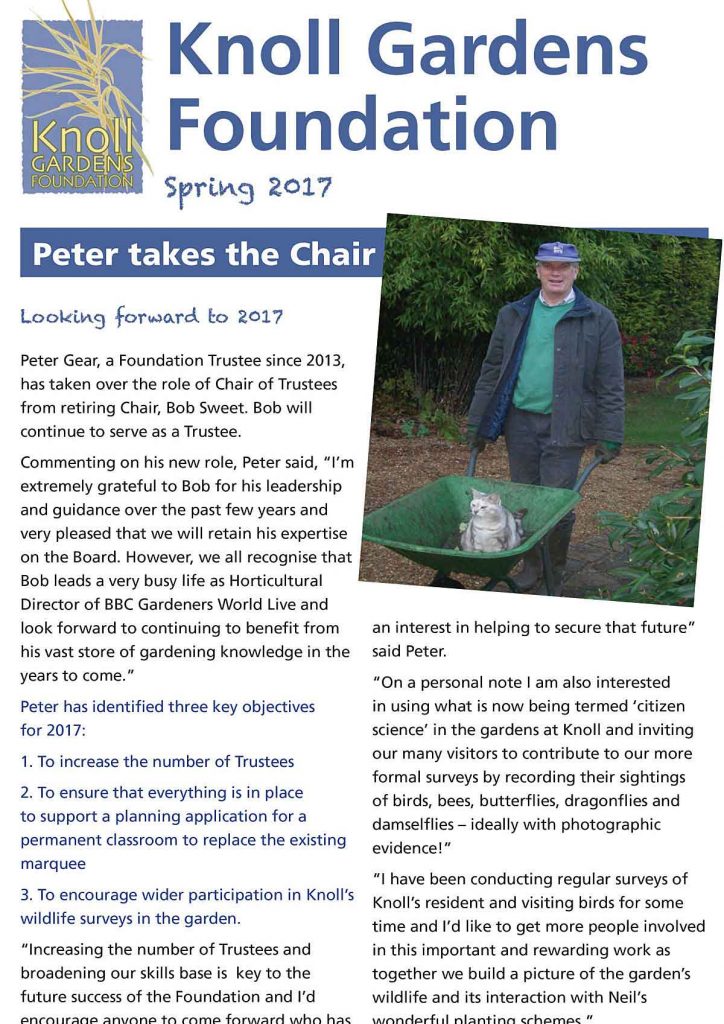 The weather for 2016 was on the whole worse than 2015. Apart from brief warm spells at the beginning and end of the season the majority of the year was cold, wet and windy. The spring weather started promisingly and early species of butterflies and dragonflies did well. However, came the time for the summer flyers to emerge, the warmth was replaced by cold, damp conditions and numbers were drastically affected.

The total count was down on both the running average and last year. The best performer was the Green-veined White, with a really good second hatching. Next came Brimstone (last year’s winner) and Large White. The recent newcomer, Small Skipper doubled their count from 1 to 2 – not much but a step in the right direction, considering most other species were in decline. Small Coppers did well being up by more than 50% on both last year and the running average. 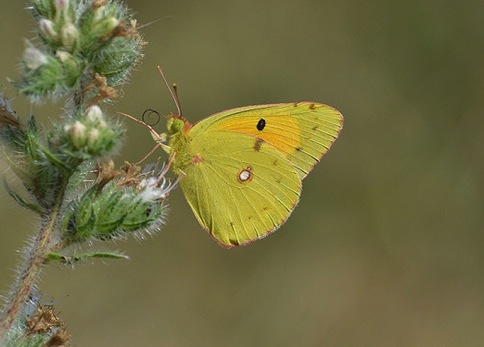 Although spotted in 2009 but not seen since, the Clouded Yellow is cassified as a new species as the original sighting occured during the first, partial, survey.

The Large Red Damselfly was again the first to emerge however, they were a whole month later than in 2015. Other species appear several weeks later but Azure Damselflies were out and about the following week. Although they were also the most numerous, numbers continue to decline from 620 in two years ago down to 331. 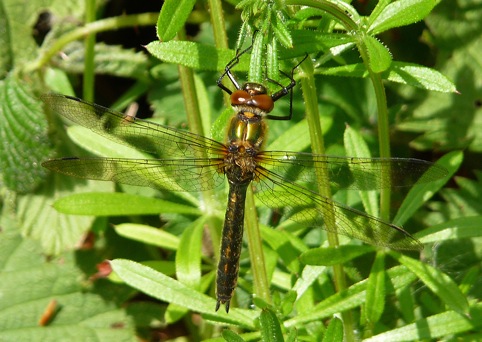 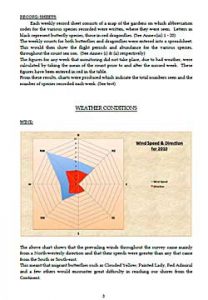 A brand new luxury hotel was officially declared open on 2 August 2016 when the Dorset Wildlife Trust unveiled Knoll Gardens’ new bee hotel. Built by DWT staff and volunteers and installed as part of the Knoll Gardens Foundation’s on-­‐going work to research and promote wildlife friendly gardening, the unveiling took place on the same day as volunteers from DWT and Knoll undertook the latest garden wildlife survey as part of the DWT Great Heath Project. Set in the Sunny Meadow, the new bee hotel will provide much needed homes for solitary bees, whose numbers have been in decline in recent years through loss of habitat and safe nesting sites. 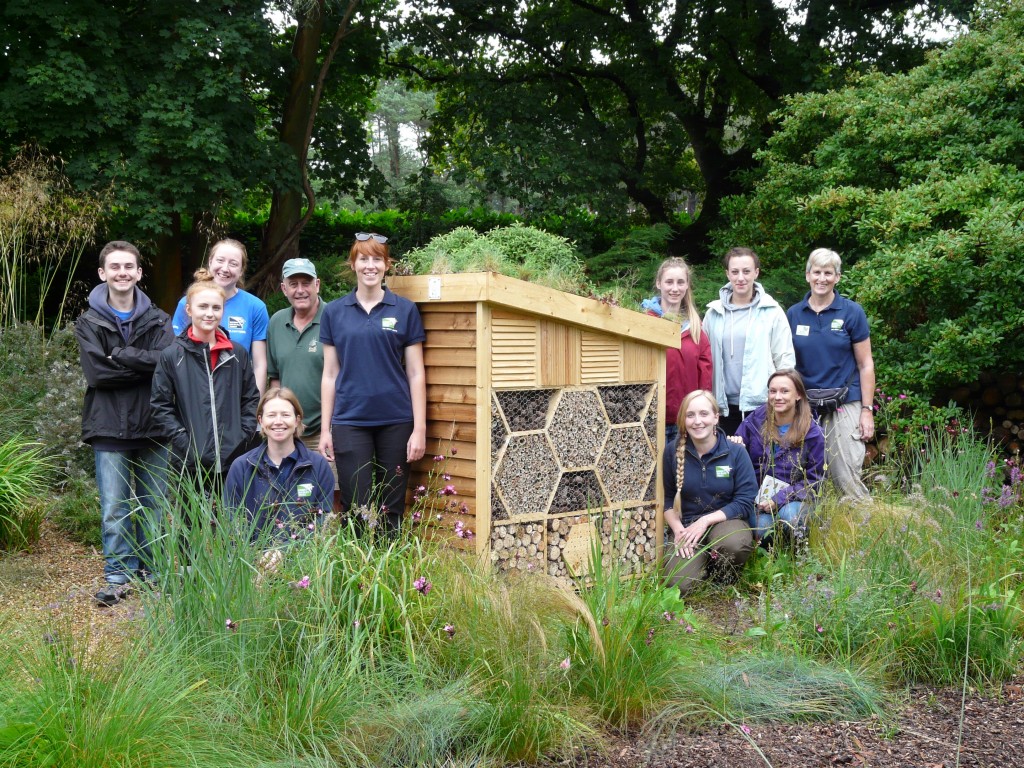 In August 2016, staff and volunteers from DWT were supported by Knoll’s own volunteers in a garden wildlife survey carried out as part of the DWT Great Heath project.

The team identified 61 species of birds, insects and amphibians in the garden. Birds included Great Tit, Blue Tit, Spotted and Green Woodpeckers, Robin, Chaffinch, Blackbird, Nuthatch, Greenfinch, Songthrush, Goldfinch, Buzzard, Magpie and Bullfinch. Only two amphibians were seen. While one was the Common Toad (Bufo bufo) the presence of an eft (baby newt) was of particular interest.

The full list of species can be found below: 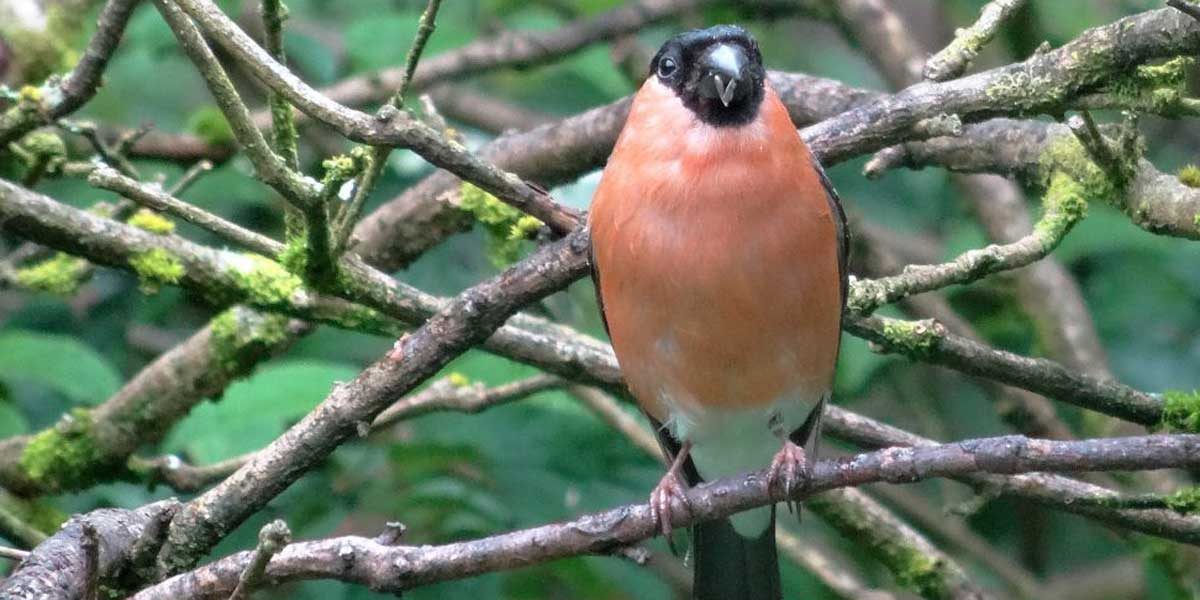 For several years, regular observations have been made of the birds found in the gardens. One of the ‘stars’ of Knoll birdlife is the resident pair of bullfinch. They are beautiful birds and very easy to spot, usually within 10 metres of the feeder.

The list of birds seen at Knoll between January 2013 and June 2016 is shown below:

A range of activities are available to pre-school and primary aged children, Alternatively sessions can be tailor made to suit the requirements of your group. Sessions are led by experienced and enthusiastic Education Officers and usually last 1.5 to 2 hours in length, with the exception of habitat activities which we advise require the full day.

Full details are available in our “Sessions or Primary Schools” document which can view/download from the picture below :- 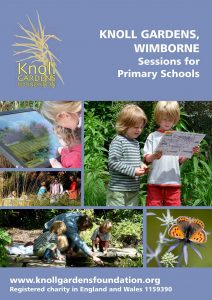 Our Early Summer Newsletter is now available. You can view or download the newsletter from the cover image below:- 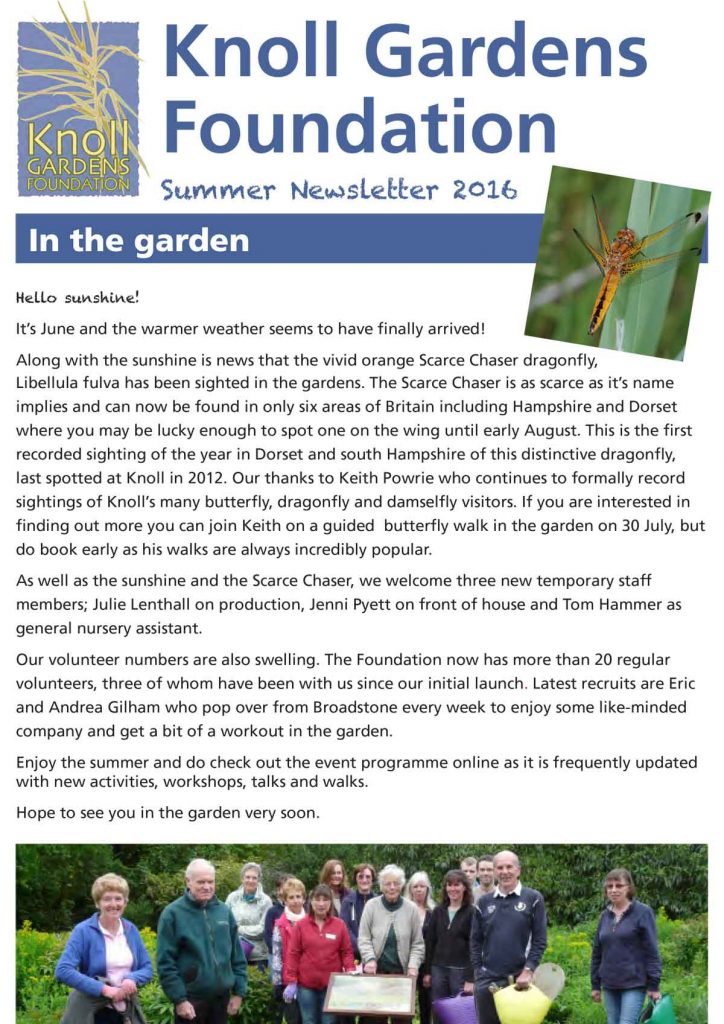